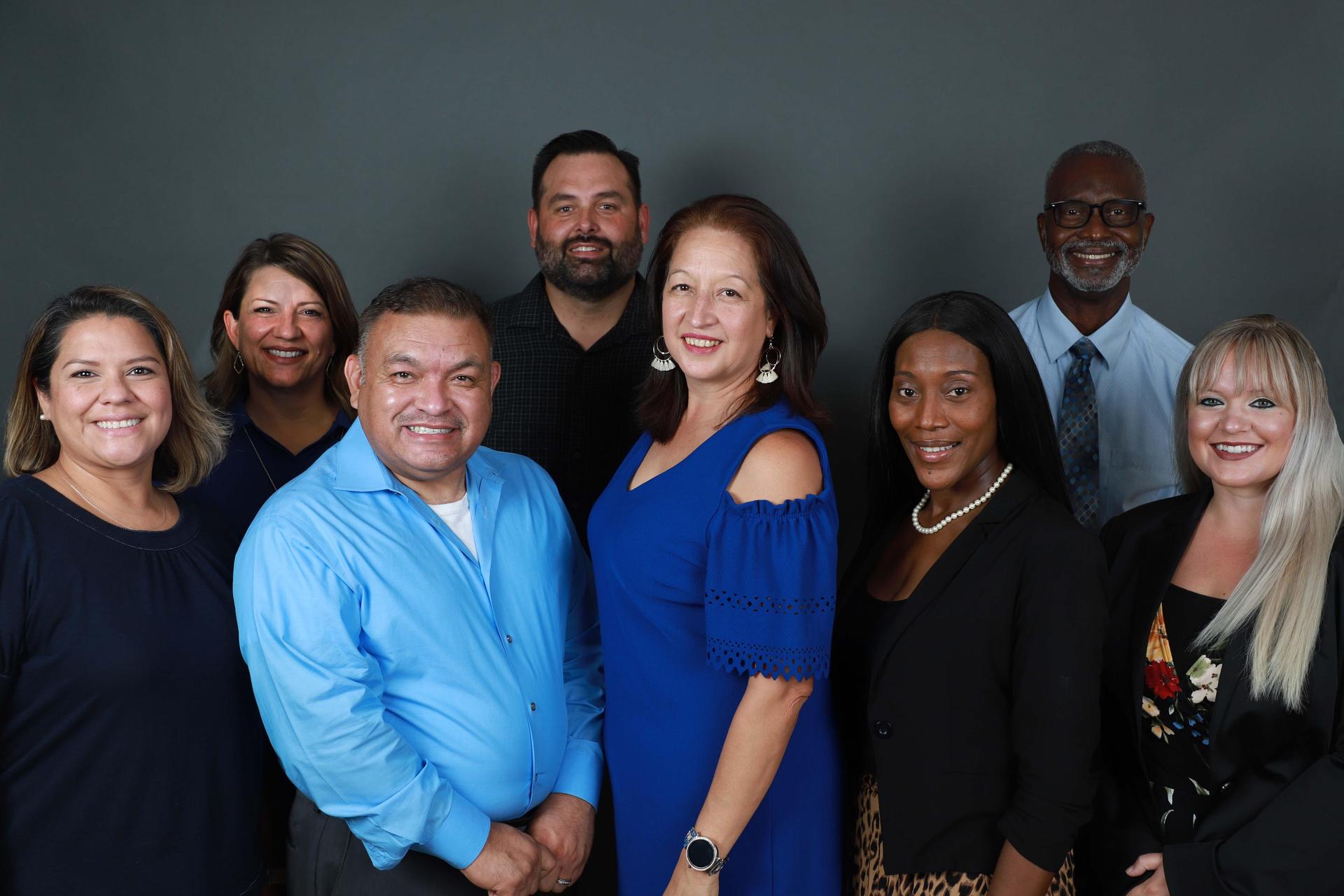 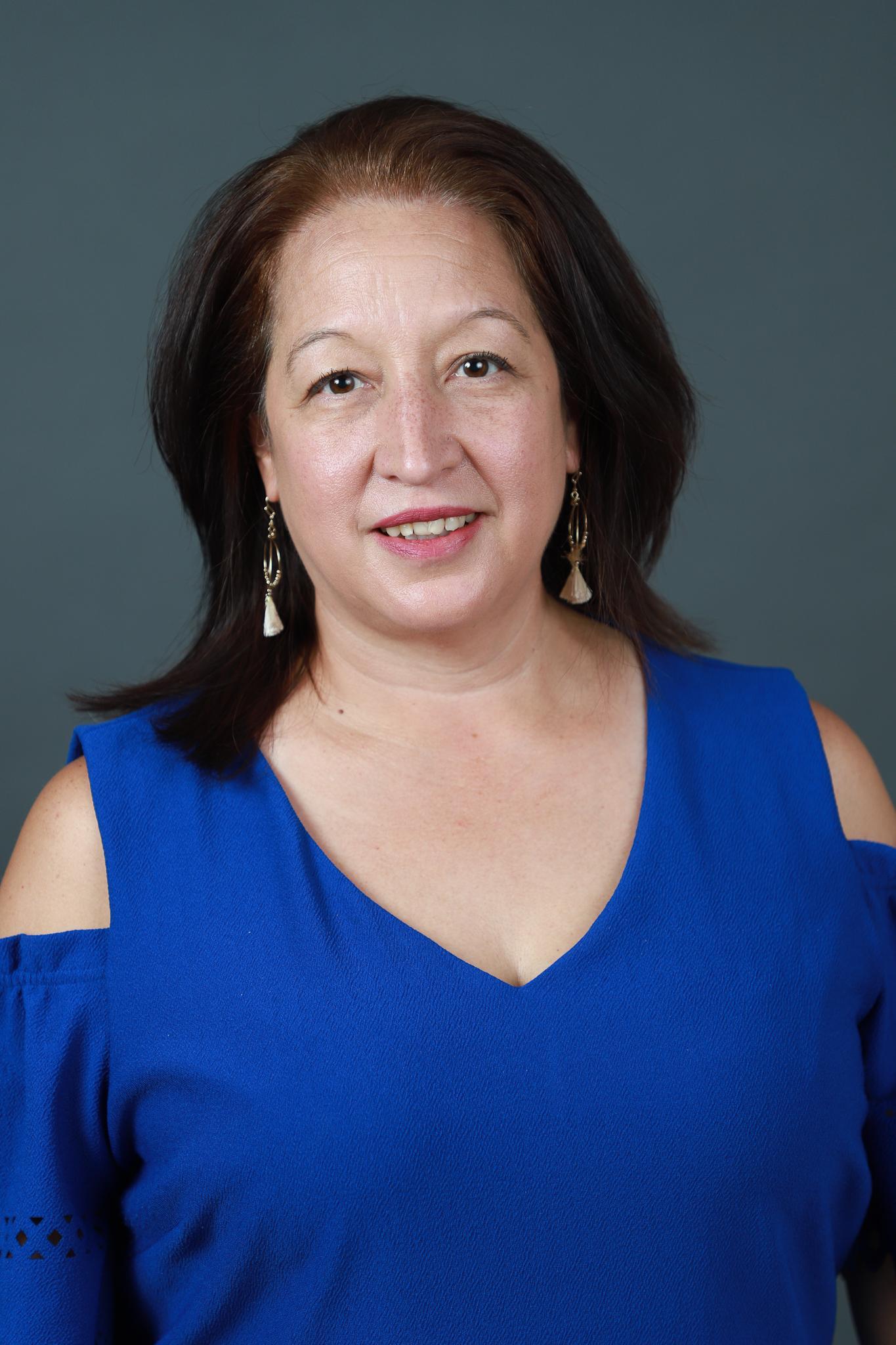 Tina Salazar is currently the principal of Akins Early College High School.  She is originally from Lockhart, a small town 30 miles outside of Austin.  Tina graduated from St. Edward’s University with a B.A. in English Writing/Education and received her Masters of Education from Concordia University.   She began her teaching and coaching career in 1992 in Lockhart ISD, however, she has also taught in Deer Park ISD, Klein ISD, Clear Creek ISD, and New Braunfels ISD.   Ms. Salazar has taught English I, English II, and English III, and coached softball, volleyball, and basketball for twenty one years.  This will be Ms. Salazar’s 8th year as an administrator after having served as an English teacher and an Instructional Lead Teacher (ILT) at Akins right before becoming an administrator.  In her spare time, she enjoys spending time with her two children and traveling.  Ms. Salazar’s contact information:  [email protected]; (512) 841-9905. 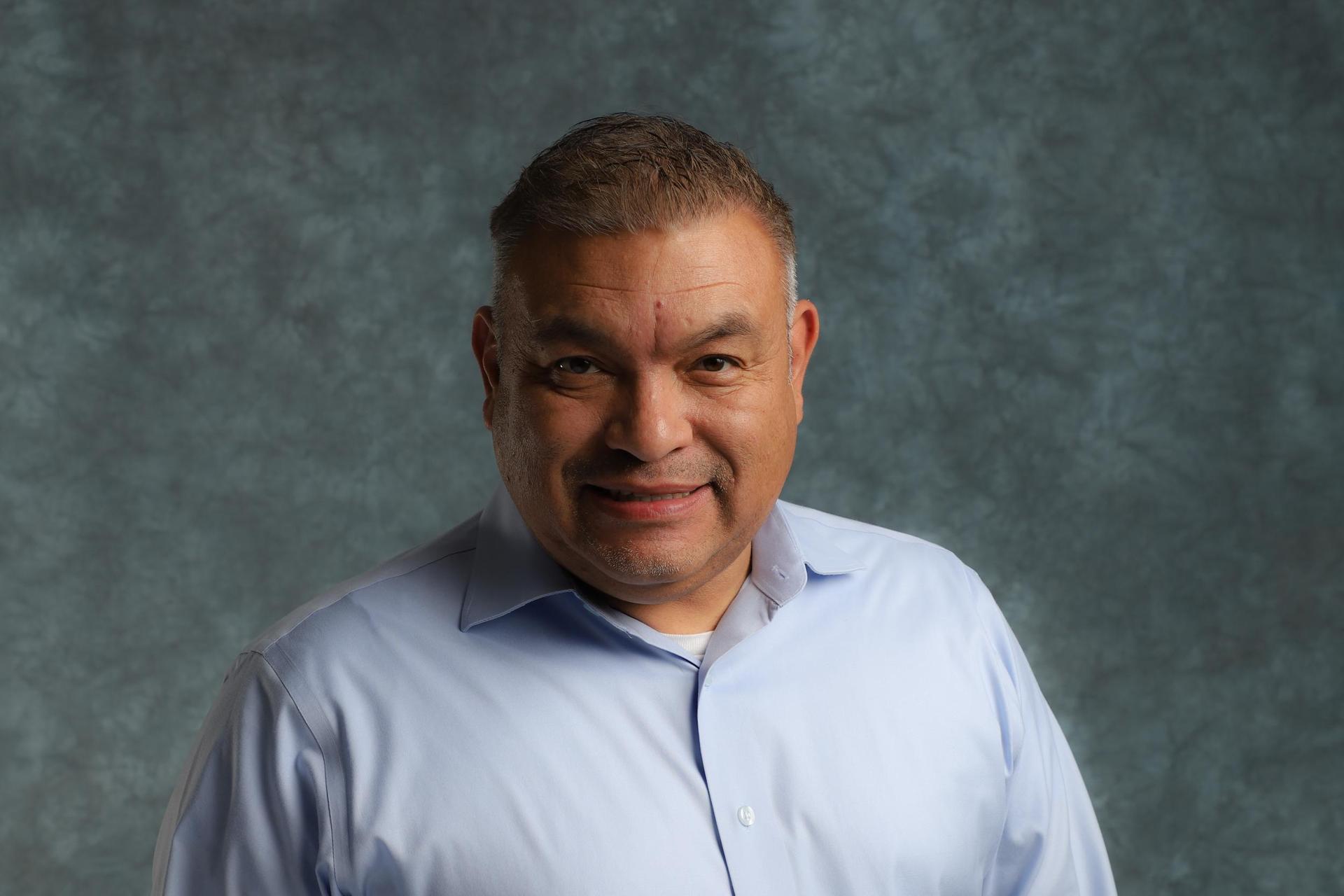 Manuel Garcia is the Associate Principal for Akins High School.  Mr. Garcia attended St. Edward’s University and in 1995, he graduated with a degree in education (History & Political Science).  In 2004, he received his Masters in Educational Administration from the University of Texas at Austin and is currently working on his doctorate at St. Edward's University. Mr. Garcia began his teaching career in the Austin Independent School District in 1996 as a Spanish teacher.  He has been a teacher, assistant principal, and principal.   This is his 11th year at Akins High School.  Mr. Garcia is passionately active in helping students succeed, especially with the new Early College Programs (Real Estate & Tomorrow's Teachers) programs.  Outside of  Akins, Mr. Garcia likes to spend valuable time with his two beautiful children, Sabrina (16 years old) and Travis (14 years old).  Hobbies include traveling and spending time with friends and family. Mr. Garcia’s contact information is [email protected]; (512) 841-9815. 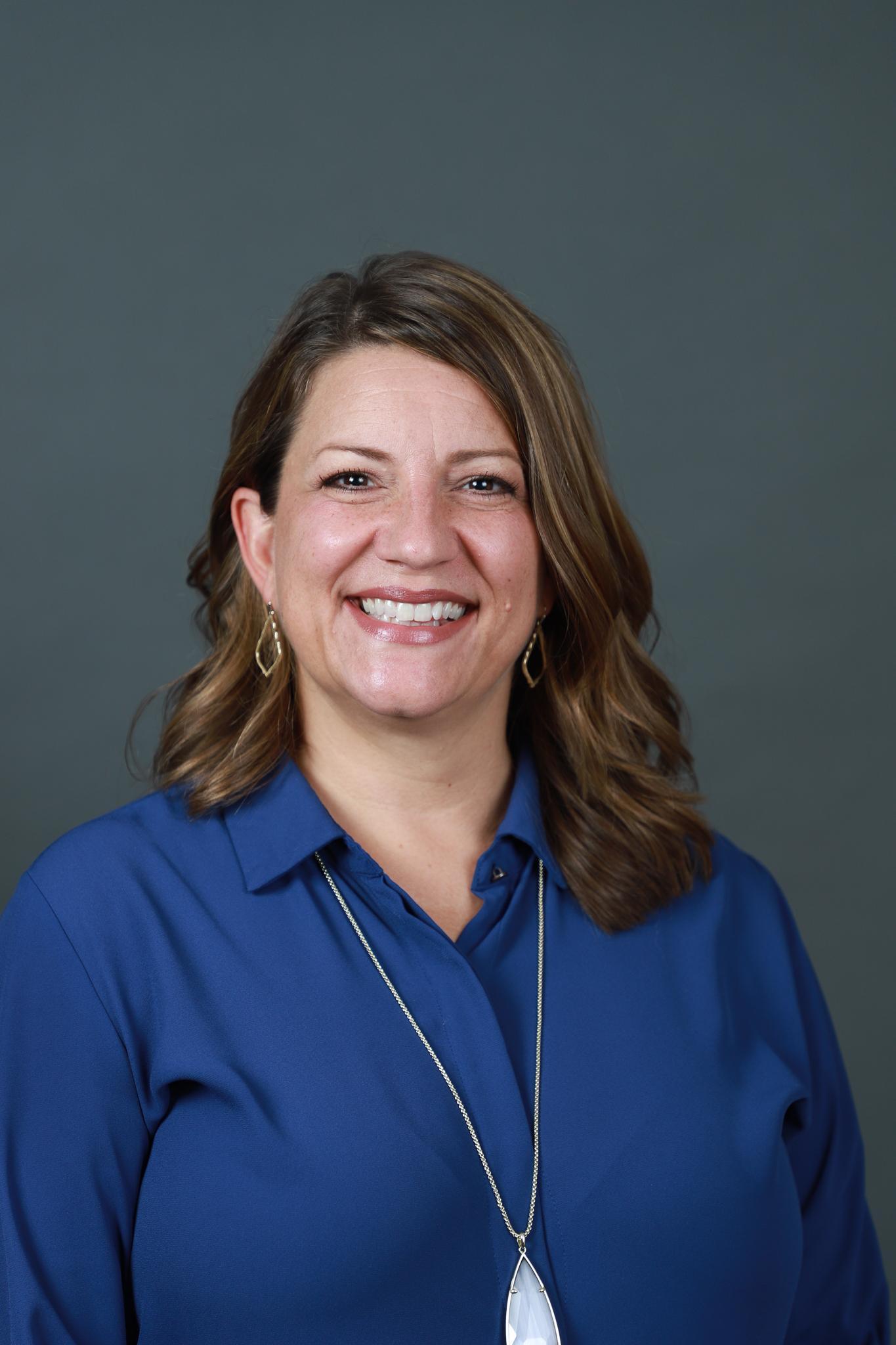 Jennifer Dawson is the Assistant Principal for the Arts and Humanities Academy.  This is her fifth year at Akins High School as an administrator.  She is originally from Austin, Texas.  She graduated from Oklahoma City University with a Bachelor of Science in Dance Management and received her Master of Education from Concordia University Texas.  Mrs. Dawson is a Past President for the Texas Dance Educators Association, a Cadre Member for the Center for Educator Development in Fine Arts (CEDFA) and the former Dance Liaison for AISD Fine Arts.  Mrs. Dawson enjoys reading, yoga, travel, and spending time with her family.  Mrs. Dawson’s contact information: [email protected] : (512) 841-9938. 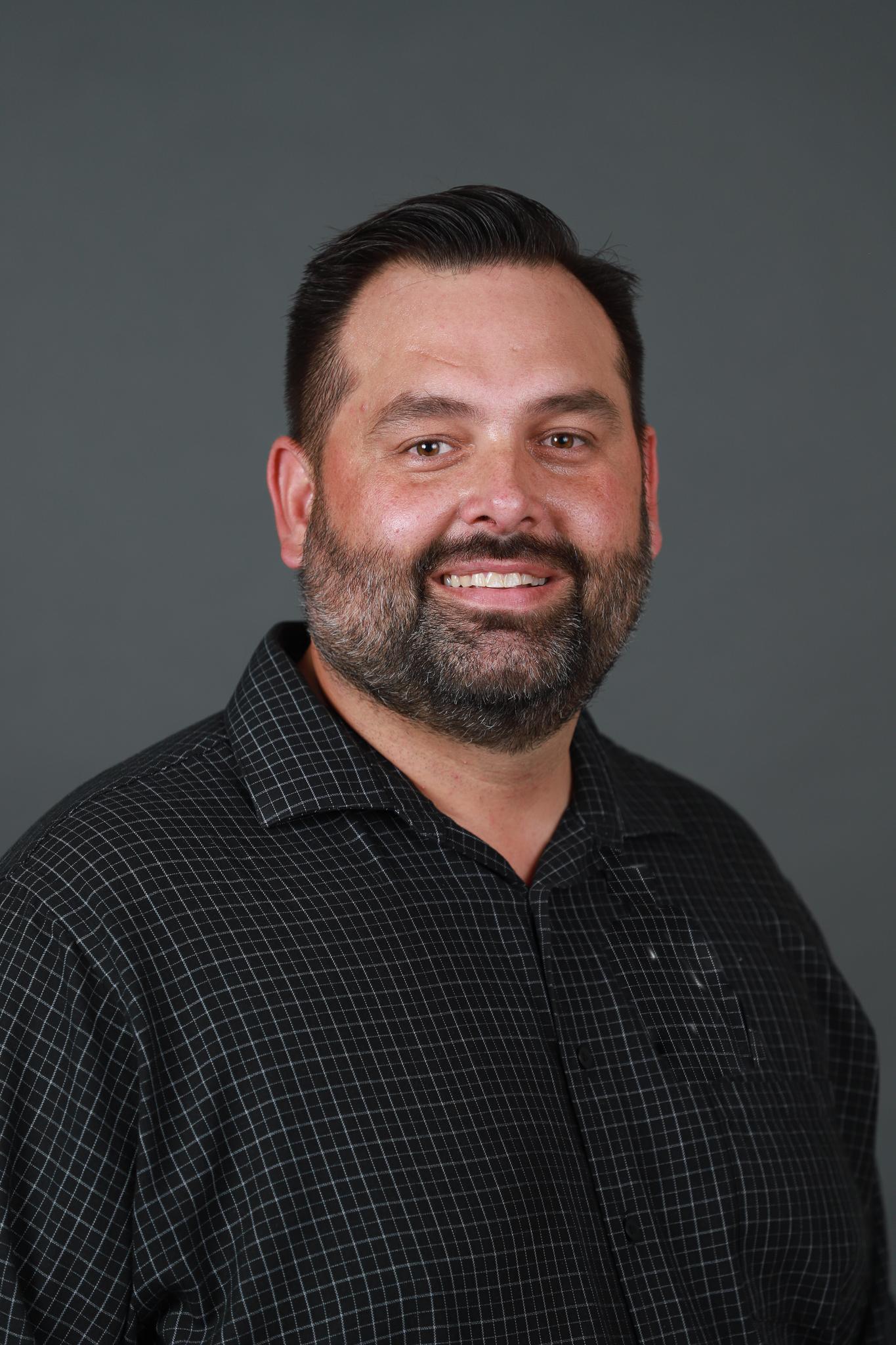 Brad Lancaster is the Academy Director/Assistant Principal for the ABLLE Academy. He is originally from Buda, just south of Austin. Brad received his bachelor’s degree from Southwest Texas State University, now Texas State University, in San Marcos and his Master’s degree from the University of Texas at Austin.  Before leaving for an assistant principal position last school year, he spent 5 years at Akins High School as a special education teacher, special education department chair, and girls basketball coach.  This is his 6th year as an administrator at Akins High School.  Mr. Lancaster was just recently named Academy Director at Akins. In his spare time, he enjoys spending time with his wife and two children and attends as many Texas Longhorn athletic events as he can.  Mr. Lancaster’s contact information: [email protected]; (512) 841-9814. 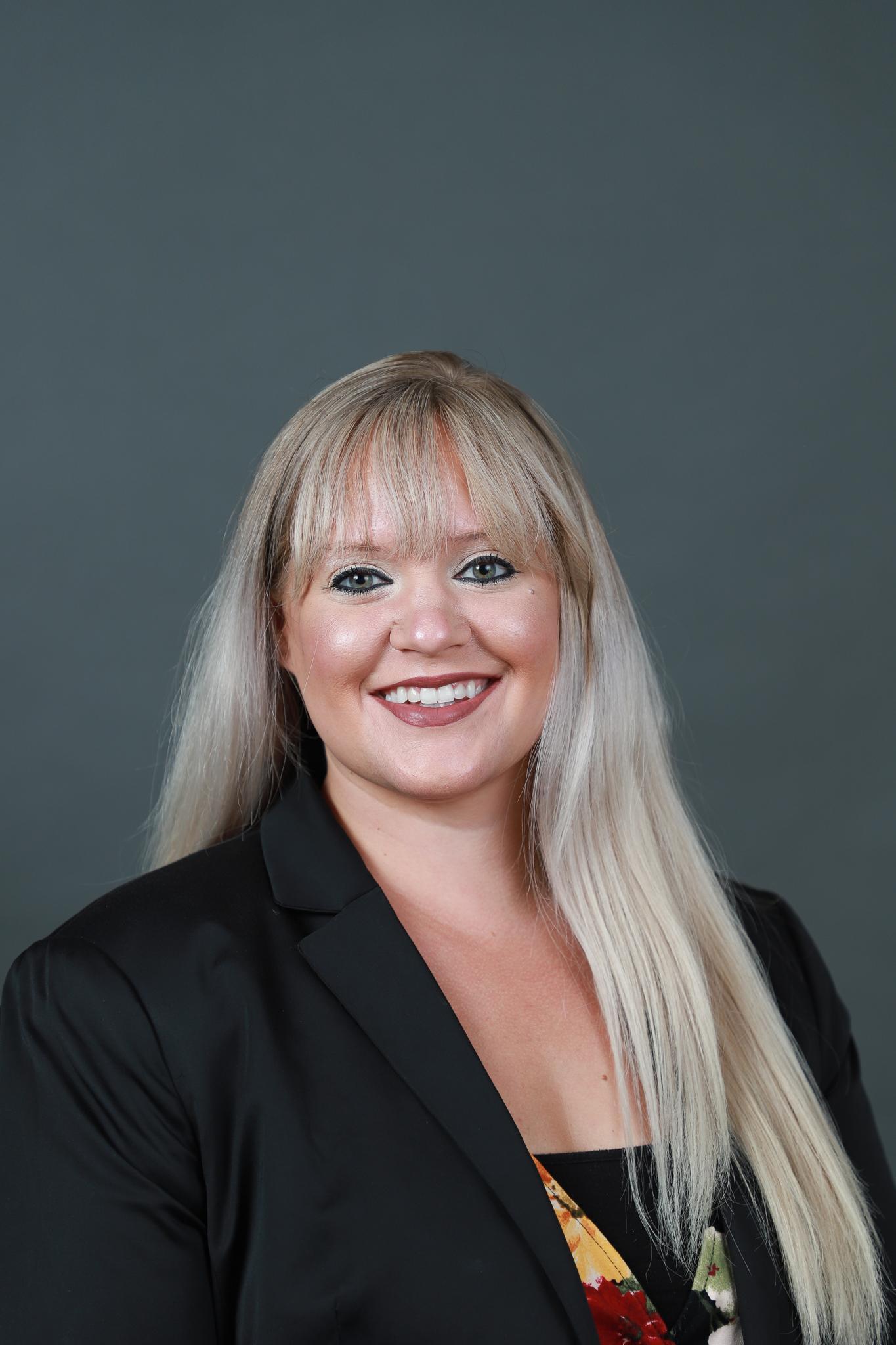 An avid educator with an eye for seeing the limitless potential in students and a heart for coaching teachers, Lori Mayfield is the Assistant Principal for the Social Services  Academy within Akins High School. This is her eighth year in education and first year with the Akins Family! Ms. Mayfield is originally from Victoria, Texas, a small city south of Austin.  Lori graduated from St. Mary's University with a B.B.A in Business Management and earned her Master's of Education in Educational Leadership from the University of Houston-Victoria. She began her teaching career in 2012 in San Antonio ISD in conjuction with Teach For America where she developed a passion for serving students as an elementary Special Education Teacher. Ms. Mayfield has also served in the roles of Grade Team Lead, Campus Leadership Team Special Education Advocate, Currciculum Teacher Trainer, Middle School Summer School  Assistant Principal, and Assistant Principal at both the elementary and secondary levels within Victoria Independent School District, San Antonio ISD, and IDEA Public Schools. In her spare time, Ms. Mayfield enjoys spending time with family first and foremost. She also enjoys a good Crossfit workout, outdoor adventures, and relaxing pedicures. Ms. Mayfield's contact information: [email protected]; (512) 841-9915. 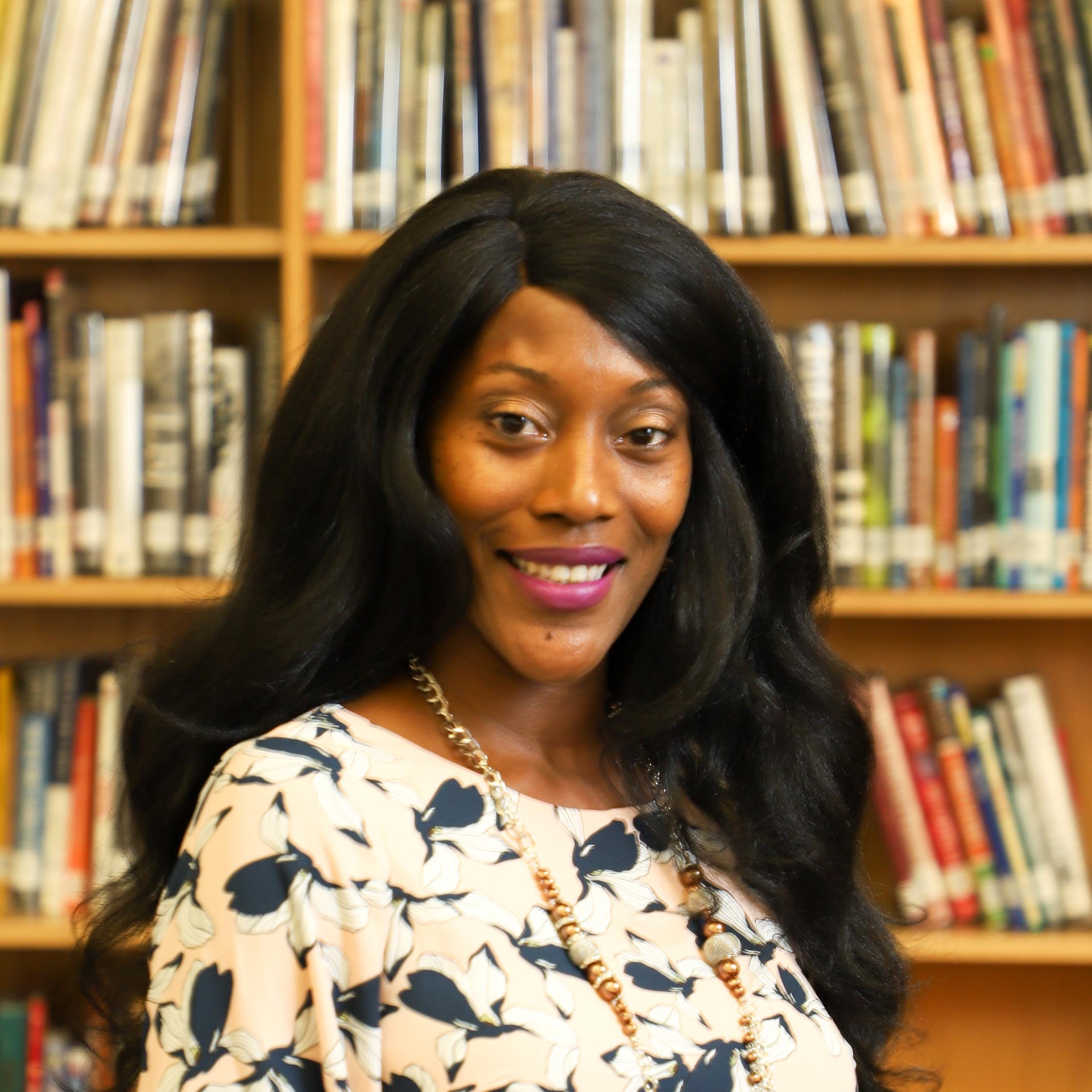 Susan Thames is the New Tech Academy Assistant Principal.  This is her 6th year at Akins High School. She is originally from Waco, TX.  She graduated from McLennan Community College with an A.A. degree in Business Administration; received her B.S. degree in English Secondary Education from Baylor University, her Master of Education degree from the University of Mary-Hardin Baylor and her Ed.D. with an emphasis in Educational Administration Leadership from Capella University.  Prior to her arrival to Akins High School, she was a teacher at William B. Travis Early College High School.  In her 21-year career in education, she has experience as a high school English teacher, elementary school assistant principal, middle school assistant principal, middle school principal and as an adjunct junior college English instructor.  Her hobbies include reading, traveling and spending time with family.  She has one daughter Nichole, a graduate of the University of Texas at Arlington, and who is currently working on her Master’s degree in Higher Education with an emphasis in Leadership for Student Success. Dr. Thames's email is [email protected] or you can reach her at (512) 841-9870. 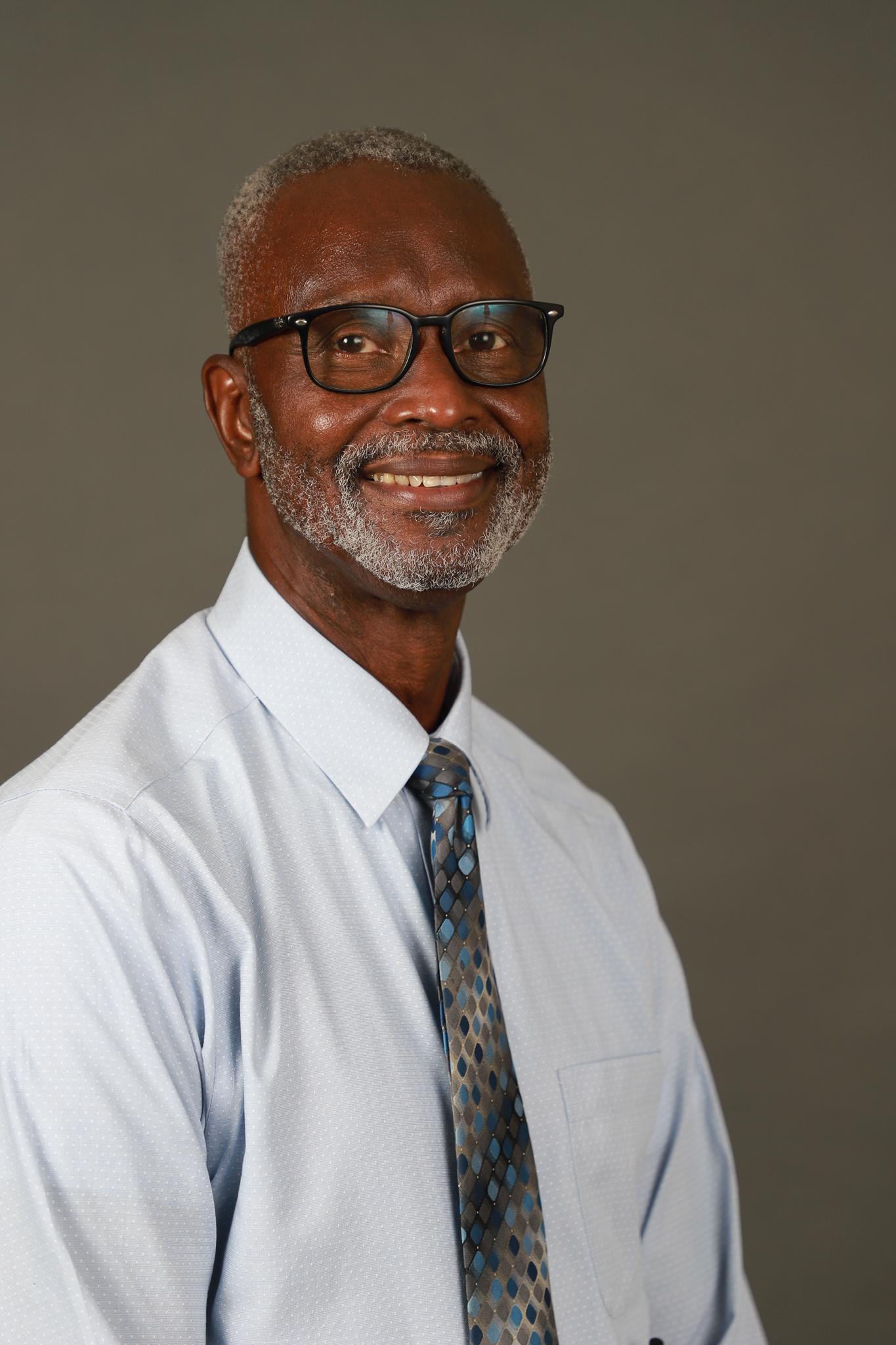 Ernesto Wallace is the Assistant Principal in the Green Tech Academy.  This is his 7th year at Akins High School.  He is originally from Colon, Republic of Panama, moved to Austin, Texas in 1974 to attend college.  He graduated from Huston Tillotson College with a B.A. in Physical Education with a minor in Biology; received his master of education in 1983 from National University California and Educational Administration Certificate from Texas State University. Mr. Wallace began his teaching career in AISD in 1979.  This is his 21st year as an Assistant Principal in the district. He has worked at Mendez Middle School as a teacher, coach and administrator for 24 years, and 4 years at Gus Garcia Middle School and 2 years at Akins High School as an Assistant Principal. Mr. Wallace enjoys spending his free time bike riding, tennis and reading. Mr. Wallace’s contact information: [email protected]; (512) 841-9841. 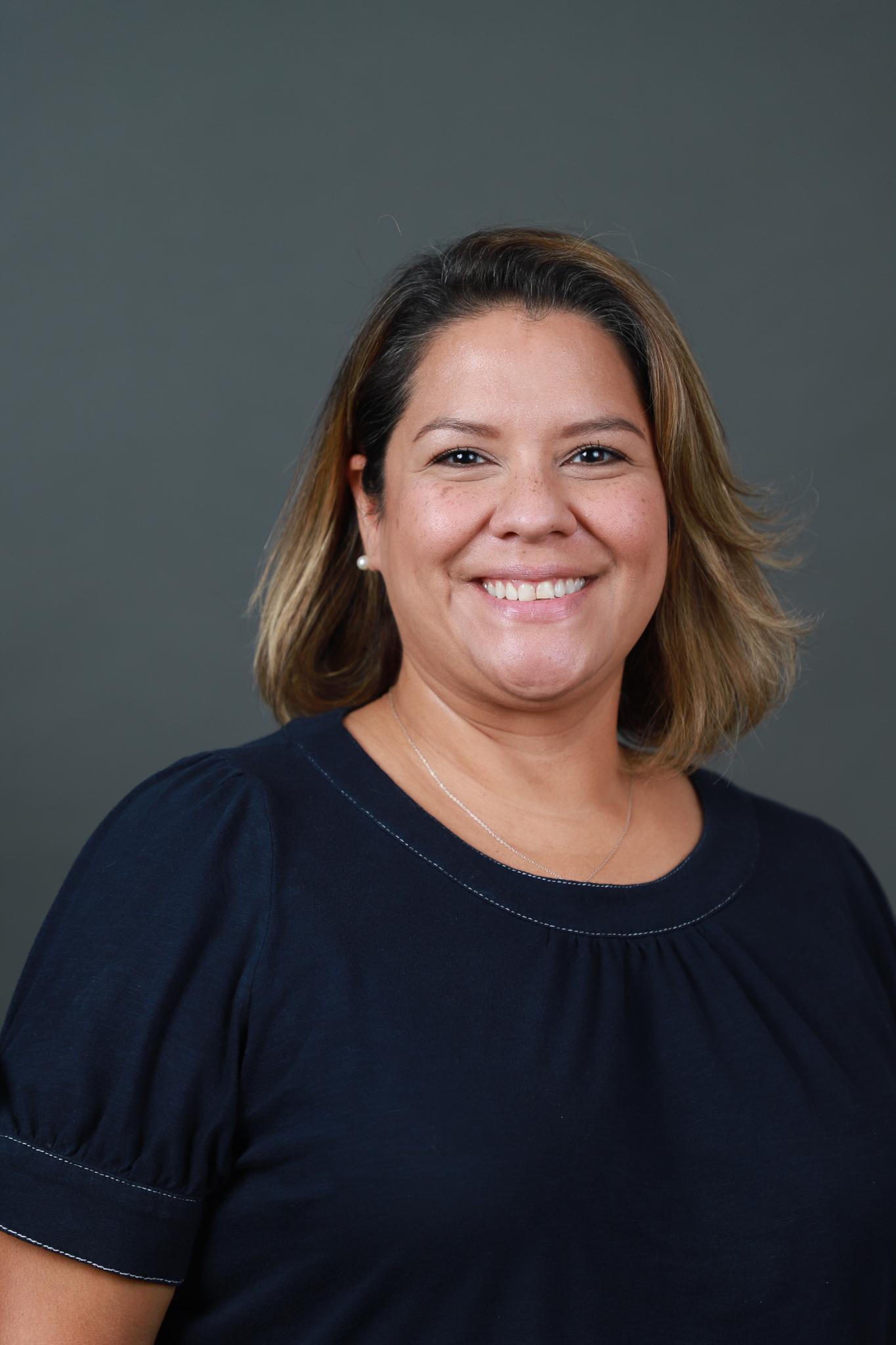 Carman DeLeon-Wissel is the Assistant Principal for STEM Academy. This is her 4th year at Akins High School as an Administrator and her 14th year in education. Ms. DeLeon-Wissel is an AISD graduate and attended Texas State University where she received her BA in International Studies. She received her Master of Education degree from Concordia University, Austin. In her spare time Mrs. DeLeon-Wissel enjoys spending time with her family and friends.  She enjoys traveling, attending music events, trying new restaurants, and reading. Ms. DeLeon-Wissel’s contact information: [email protected] ; (512) 841-9916