Nieves, Francis » About Me

Francis Nieves is a musician known for his diverse musical interests and his dedication to the Fine Arts. He is a recent graduate from Texas State University,  studying conducting under world- renowned choral director and Grammy Award Winner Dr. Craig Hella Johnson. While at Texas State, he has had the opportunity to conduct every major ensemble including the Conspirare Youth Chorus of Austin, Texas. His most recent performance includes Benjamin Britten’s Rejoice in the Lamb with the Texas State University Singers.

Francis is a character/Leggero tenor who specializes in early/ sacred music and opera. While attending Texas State, he studied voice under Brigette Bellini and Dr. Richard Novak.  Francis has performed as a member of the Texas State Men’s Chorus, University Singers, Chorale, the Texas State Symphonic Chorus, Texas State Rock Ensemble, and the Texas State Opera program. His performance credits include the role of LBJ's Advisor in the world premiere of the opera Lady Bird: The First Lady of the Land by Mollicone as well as Don Curzio in Le Nozze di Figaro by Mozart, chorus in HMS Pinafore by Gilbert and Sullivan, and Buoso’s dead body in Gianni Schicci by Puccini. In February 2018, Francis performed as a soloist with the Texas State Chorale during the Texas Music Education Association Conference, for Craig Hella Johnson's Considering Matthew Shepard under the direction of Dr. Craig Hella Johnson.

​Outside of Texas State, Francis has performed with local ensembles such as the early music group Les Ancients who recently premiered Robert Fayrfax's Missa O Quam Glorifica and Aaron Copland’s In the Beginning. Francis is also a choir scholar for the Episcopal Church of the Good Shepard in Austin, Texas, where he performed as a soloist in their 2016 tour of Germany and the Czech Republic, performing and recording Russell Schulz's Requiem. During the summer, Francis often performs as the frontman and guitarist for his rock band, Cosmic Decay.

Francis is currently the producer of the podcast Texas State Choirs Today hosted by Dr. Jonathan Babcock, where guest artists and composers are questioned about the ins-and-outs of what they do in the choral world. Guests include recent Grammy Award nominee Jake Runestad, Stacy V. Gibbs, Craig Hella Johnson, Ralph Allwood, and many more. Available on itunes and spotify!

Born and raised in Fort Hood, Texas, Francis received his bachelor's in Music Studies with a vocal emphasis from Texas State University in 2018 and his master’s in music with an emphasis in Choral Conducting in 2020. 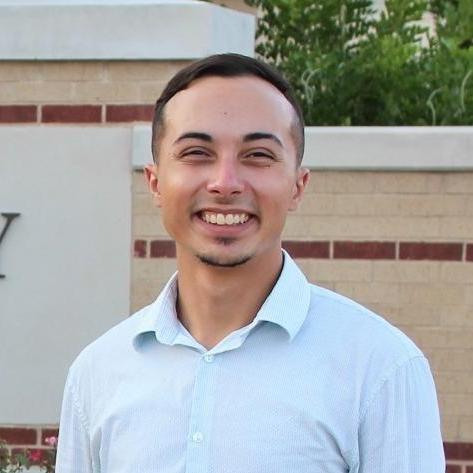