Lieutenant Colonel Lewis grew up in the Panhandle of Texas (Dimmitt, TX) before attending Texas A&M University earning a degree in Bioengineering in 1991.  Following his retired Air Force father’s footsteps, he obtained a commission through the A&M Corps of Cadets AFROTC program and entered the Air Force in February of 1992.  In 2001 he was awarded a MS Degree in Civil & Environmental Engineering from Utah State University under the Air Force Institute of Technology's Civilian Institute Program.  His background includes space systems acquisition and support, 7 base level assignments within Bioenvironmental Engineering, Family Health and Aerospace Medicine flights, a deployment supporting OPERATION IRAQI FREEDOM and OPERATION ENDURING FREEDOM, and career broadening assignments at the Air Force Inspection Agency, Headquarters 4th Air Force, and Headquarters US Air Forces in Europe and Air Forces in Africa.

He and his wife of 24 years were married in June of 1997 and they have four teenage sons.  One is headed to Texas A&M University and the Corps of Cadets in the Fall of 2021 with others making plans for college and career in the near future.  His hobbies/passions include travel, hunting, fishing, hiking, camping, woodworking, car repair, college football and ultimately anything that involves spending time with his family. 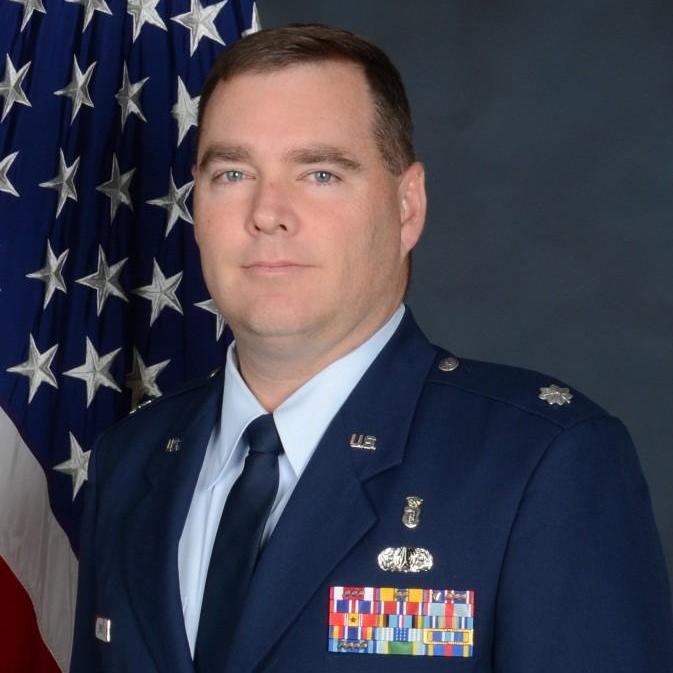